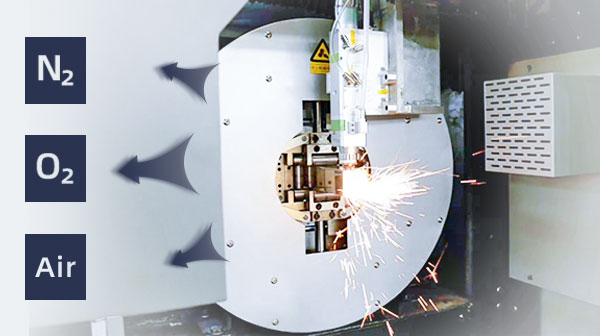 The cutting speed and the efficiency of the cutting surface can also be adjusted by using various auxiliary gases. Oxygen, air and nitrogen are common forms of auxiliary gas.

Air cutting is used by the laser cutting system and is ideal for cutting sheets of aluminum, non-metal and galvanized steel. It can lower the oxide film to a certain degree and save costs. It is usually used when the cutting plate is not thick enough and the face of the cutting end is not too high. In certain product sectors, such as sheet metal chassis, cabinets, and other products, it is used.

Nitrogen is a substance which is inert. Nitrogen is used by the laser cutting machine to avoid oxidation of the product's cut end surface during cutting and to prevent combustion (proposed to occur when the sheet is thick). For items that involve high cutting end surfaces, nitrogen may be selected and exposed without processing. Some special components for the decoration industry, aerospace, etc.

In promoting combustion, oxygen primarily plays a part. The use of oxygen in the laser cutting system can increase the velocity during cutting and increase the thickness of cutting. Oxygen is ideal for thick plate cutting, high-speed cutting and very thin plate cutting. Some large carbon steel plates and some thicker structures of carbon steel, for instance, can use oxygen.

In the airflow, the uneven pressure and temperature can induce changes in the airflow field density. Such a gradient of density results in a change in the field's refractive index, thus limiting the beam energy concentration, causing refocusing or beam divergence. The melting efficiency will be affected by this interference, and often the structure of the mode can change, resulting in a decrease in cutting quality if the beam diverges too far. It can also trigger severe consequences that can not be effectively cut in order to make the light spot too big. 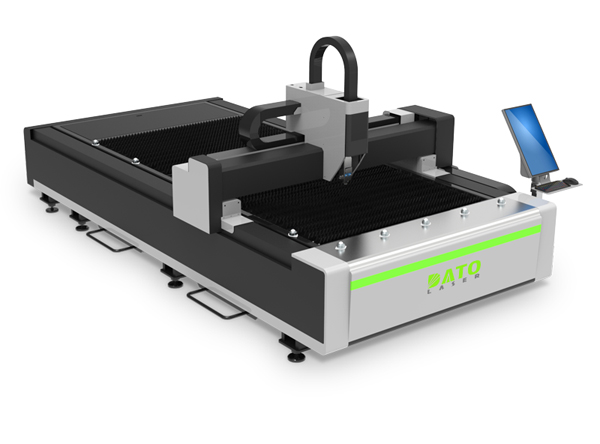